Sony and Panasonic are two of the leading camera brands in the world right now. You’re an avid photographer and videographer and want the best of the best, right? Should you buy a Sony or Panasonic camera?

This comparison won’t give you detailed specs and a review of their mirrorless cameras. Instead, it’ll serve you as a beginner’s guide before you start comparing specific cameras you may be interested in. Let me explain which brand will be best for you and why.

The first thing you’ll notice about both choices is that they are not your standard budget-friendly brands. Certainly not as much as Canon. Spending at least $500 on your first purchase is required if you wish to acquire a Sony or Panasonic camera.

For example, if you want a decent entry-level mirrorless camera, then look no further than Sony’s A6000 or Panasonic’s LUMIX G7 which cost approximately the same.

Sony nearly always charges more for their midrange and premium products than Panasonic. If you are willing to give up some of the features we’ll discuss in this article, getting a Panasonic LUMIX is usually more appropriate for people who want to get the most value for their money.

Mirrorless cameras in general have a lot more to offer over DSLRs, but even though Sony and Panasonic are both two of the most known brands when it comes to these cameras, I have to admit that some of the image quality differences between them shocked me.

Jumping straight to one of the things that concern most photographers and videographers. Color accuracy. Let’s be realistic. Unless you pay a handful of dollars to get a high-end camera, you cannot expect colors to look exactly as your eyes see them. Most cameras either go towards green/blue like Canon or towards red/magenta like Fujifilm.

So far so good. But one of the things that gave a drop to my mouth was Panasonic colors which are WAY too much towards magenta unlike Sony which, not gonna lie, has a better color shift as in different lighting, it will give you a different tint which is still not accurate but it’s not off the charts.

Panasonic’s colors may look more saturated than Sony’s but do not let that fool you as it is caused by the higher contrast. Higher contrast means less detail. And Sony’s ability to capture sharper and more detailed images is proof of that. Even in low light which is always a real challenge for cameras.

And by the chance I’m given, speaking of low light conditions, Sony is like the “Night King” of noise and does so much better than Panasonic in that subject. Not exaggerating. When you are shooting an RGB light with a rainbow effect (smoothly fading from one color to another), Panasonic completely skips blue. You read right. And I honestly did not expect to see that.

And it doesn’t stop there. Panasonic’s higher contrast severely damages night photography and since it has more noise than Sony, it’s not easily fixable. It may give you a bit more detail in shadows and blacks but it burns the highlights.

Sony is more balanced at night. Some blacks may be slightly burnt but the rest of the image is truly beautiful and requires minor editing. That is also caused by Sony’s higher dynamic range. And now, let me give you a brain twist. ISO. Panasonic is within the standard range starting from 100 and reaching up to 51200 ISO.

But Sony has its own rules. They start from as low as 50 and the maximum ISO the A7S III can reach is 409600! You will ask, “Where will I need that?” And I will agree that you are probably right; it’s a quite useless feature unless you plan to hike at the bottom of a cave or in the middle of a desert or something.

Panasonic typically has more video features at any given price point compared to Sony. Take the Sony A7C and Panasonic S5, for instance, which cost about the same. The A7C has zero support for 10-bit codecs, however, the S5 has.

Additionally, you have the option to film in 10-bit 4:2:2 and cinema 4K at up to 60 frames per second. Such things are necessary for professional videographers. So, always keep in mind that with Panasonic, you can get them at a lower price.

If you are mainly interested in the Auto-Focus of your next camera, then you should know that Sony is way better than Panasonic in that aspect and it’s not even close, really.

The Real-Time Tracking and Real-Time Eye AF, which offer superior subject identification and tracking, make Sony’s most recent cameras stand out. It has possibly the most trustworthy autofocus on the market.

On the other hand, Panasonic does have the same features like Face Tracking, Focus Peaking, Animal Eye AF, etc., but the overall quality of their AI is just worse and much slower. In low-light conditions, things get even worse. You’ll be better off manual focusing but even that feels slightly worse than what Sony has.

When it comes to In-Body Image Stabilization(IBIS), Sony mirrorless cameras tend to perform much better than Panasonic ones. The Hybrid image stabilization and Optical SteadyShot™ allow you to run Optical IS and Electronic IS at the same time so you can get benefits from both of them.

Panasonic cameras only have Optical Image Stabilization. It compensates for handshake pretty well, to the point that you think your camera sits on a tripod. However, once you start moving around and the shake becomes more intense, the background of your subject becomes very wobbly. You’ll notice this mostly if there are trees behind you.

Both Sony and Panasonic have sleek designs in a classic setting. Sony combines plastic with rubber while Panasonic uses even more rubber which looks kind of cool. Additionally, Sony cameras feel more plastic-ish than Panasonic. They pretty much have the same weight so nothing really special here.

However, Sony’s ergonomics are not the best you can find out there. They have a smaller grip than Panasonic which makes them more uncomfortable to hold, especially if you are shooting with a huge telephoto lens.

Panasonic cameras give you a good, old, DSLR-like handle. When it comes to weather sealing, Panasonic’s got your back. They have more weather-sealed cameras than Sony which has lately introduced some humidity resistance features but few of their cameras have it.

If you like shooting in the rain or in the snow and so on, I suggest you pick Panasonic.
And speaking of Panasonic’s strong points, Sony’s cameras have a…unique…flip touchscreen which doesn’t really flip. It rather opens like a vertical window, I would say, going only up and down.

If you sit at the side of the camera while it’s on a tripod, you cannot watch what you are capturing. It works as well as a flip screen for self-portraits or low-angle photos but Panasonic has the classic spin-all-around touchscreen. Sony does have a few cameras with the classic flip screen but like…very few.

Comparing the lenses of each brand is like comparing oranges to apples. Even if we compared ones with the same specs like focal length, aperture, etc. we wouldn’t be able to tell which one is better since their optics are manufactured differently.

This is the main reason why some f1.8 lenses can cost $500 while others cost $2000. Before buying lenses, it’s advised to do a comparison based on your budget. For instance, if you want to spend $300 on a lens, then find some that cost the same and then compare their pros and cons.

Which brand suits you?

Both of these brands produce cameras that are great for any photographer. If you are searching for your first mirrorless camera we would recommend either a Sony or Panasonic brand.

When it comes to video, you can notice the biggest differences. At the same price point, Panasonic cameras will always have more specs and features but there are some issues in terms of the quality of these features.

You want better weather sealing than what Sony has to offer. If you can handle manual focus well and don’t care much about autofocus. If you are on a budget then Panasonic is your only option anyway.

And finally, get a Panasonic camera if ergonomics, in contrast with Sony’s uncomfortable grip and absence of flip screens, matter more to you. 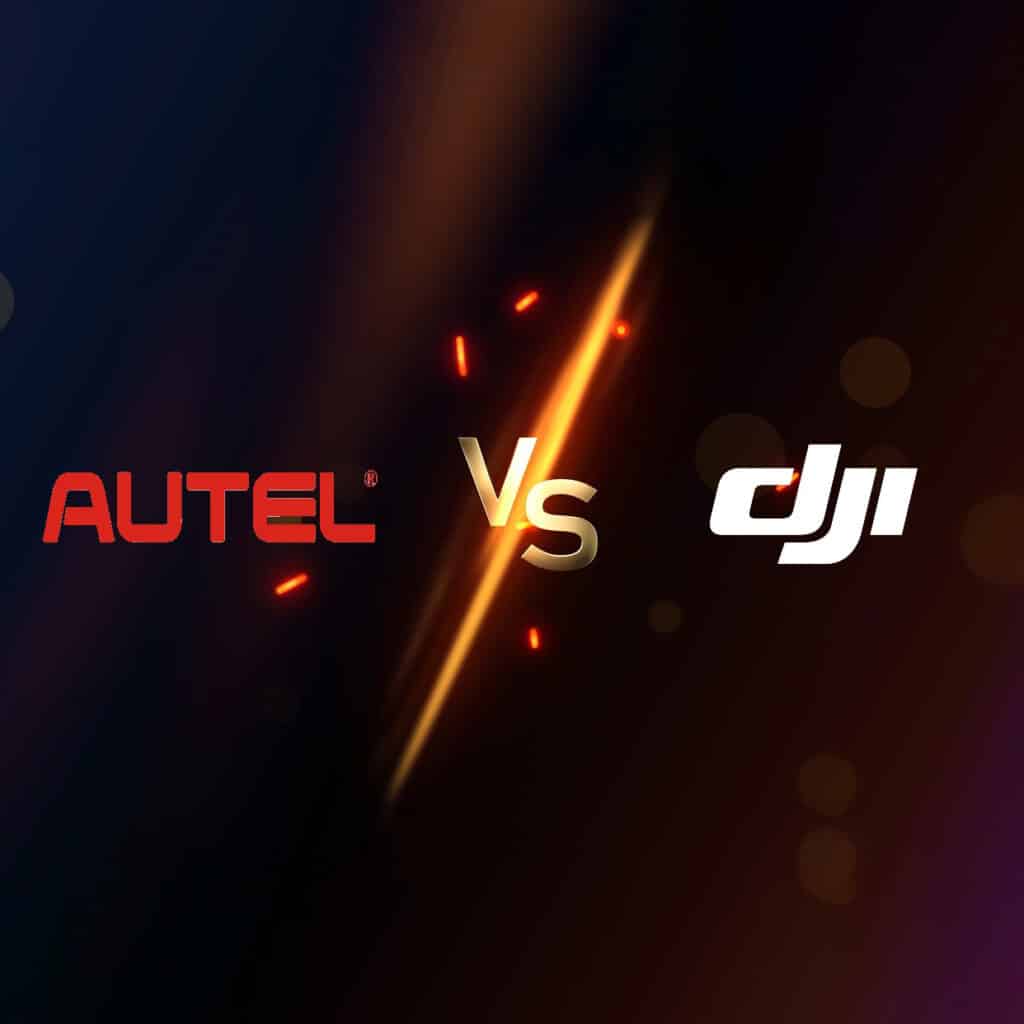 Autel vs DJI: Should You Really Buy Autel Drones Now?